South Carolina boasts a rich history in horse racing dating all the way back to the early 1700s. We've compiled a brief timeline to give you an idea of some of the key events.

Thomas Hitchcock, known as the father of American steeplechasing, constructed a steeplechase training facility on his 3000-acre property in Aiken, SC and imported horses from England. He also helped several amateur riders along the way.

The South Carolina Jockey Club disbanded after efforts to revive the sport were unsuccessful.

4 stone pillars from the original Washington Race Course were installed as the gate to Belmont Park, which is where the Triple

The National Steeplechase Museum opened in Camden, SC. It is located on the grounds of the historic Springdale Race Course.

Steeplechase of Charleston partnered with the Post and Courier.

“Our aim is to make this a must-do event every year, and one that becomes the signature way to experience Charleston in the fall.” -publisher, P.J. Browning 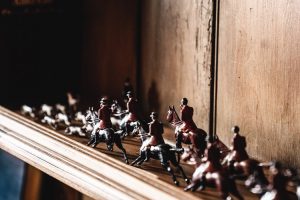 “Steeplechase racing is the perfect outdoor, family and friend-centered event for this era,” said Chris Zoeller, Chief Marketing Officer for The Post and Courier, which owns the race. “With changes in our spectator policies, we’re putting more focus than ever on the horses, the riders, and the enjoyment of the Lowcountry in the autumn.” - Moultrie News